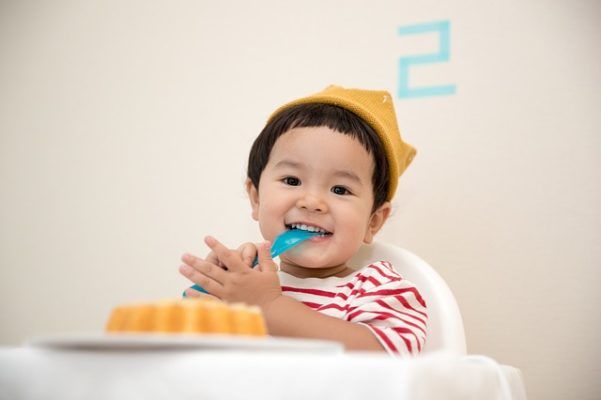 This article was submitted by our partner, the Fondation québécoise de la maladie cœliaque (FQMC). It was written by a dietitian to help those on a gluten-free diet. However, the information is relevant to everyone!

The diet of a child from 1 to 5 years is full of peculiarities. Yes, they can sometimes make you smile but they can also become a real challenge for parents. When “gluten-free” is added into the equation, the degree of difficulty increases, especially at the beginning of the disease, when first diagnosed. We find ourselves in front of the pantry wondering where to start, nutritionist or not!

From the beginning, children are apt to refuse new foods. We are talking here about food neophobia, the fear of unknown foods. Three out of four children aged 2-10 are afraid to try new foods. It is with time and repeated exposure that a child can befriend and eventually enjoy them. From 15 to 20 exposures (sometimes more!) to the same food may be necessary before the child accepts it. As adults, we should encourage them to taste, without putting pressure. All efforts should be praised, including the simple fact of having it on the plate!

As they age, toddlers become more empowered and realize that they have decision-making power. Food is a subject on which they want to assert themselves. A child may, for example, suddenly refuse a food he normally eats, want to eat it only if it is cut in a specific way or like it on Tuesday, but not on Thursday. The celiac child who has been diagnosed early has the advantage of having no reference to the diet of the past. This facilitates the transition from regular to gluten-free foods. In children who are diagnosed later, however, it may take several attempts to find the foods they will really like. They may tend to make comparisons and it will not always be the gluten-free version that will win, at least initially.

In children, appetite is variable. It is influenced by growth, emotions, level of physical activity and last meal, among others. At times, they may have little appetite, which is often a concern for parents. However, do not worry because this situation does not usually last very long. In case of doubt, a consultation with a doctor can assess their growth. During periods when the appetite is smaller, make sure to offer a variety of foods, in small quantities, so as not to discourage them. They can request a second portion, if necessary. Also, invite him/her to eat a little of everything, always without pressure. Mealtime must remain enjoyable.

The importance of snacks

Snacks are important in a child’s eating routine. These should be offered about two hours before the next meal so as not to interfere with the appetite. On the one hand, snacks help to alleviate the child’s hunger, and on the other, to supplement for meals that are not always optimal. Use them as an opportunity to provide foods that are consumed too little by children, such as vegetables, fruits, milk and milk substitutes. Since they usually do not contain gluten, they are a perfect option.

Coeliaque Quebec is dedicated to the advancement of knowledge in regard to diseases induced by gluten. Its mission is to ensure that a gluten-free life is simpler and safer. Marie-Eve Deschênes, RD, has been a dietitian at Coeliaque Quebec since 2008 and member of the College of Dieticians of Quebec.