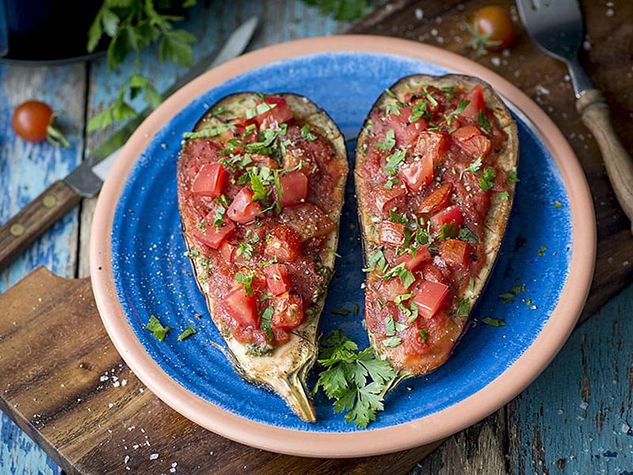 What To Do If The FODMAP Diet Doesn’t Work?

Have you noticed experienced gastrointestinal symptoms such as bloating, gas, constipation, diarrhea, or a mixture of both, when you consume foods that contain wheat, lactose, onions, garlic, honey, sweeteners or certain fruits and vegetables? Have you seen a doctor and been diagnosed with irritable bowel syndrome (IBS)? Did you then try the FODMAP* approach but did not find success with this method? If this is your case, here are some ways to shed light on the matter.

First, make sure that you have followed the FODMAP approach correctly. There are a lot of FODMAPs hidden in food. For example, when you see the word “seasonings” on an ingredient list, it usually means that the food in question contains garlic and/or onions, which are high in fructans and thus in FODMAP. Some gluten-free breads contain inulin, which is a type of fiber high in fructans and thus in FODMAP. These are just some of many examples. Thus, it may be useful for you to consult first with a Registered Dietitian specialized in the FODMAP diet to help you in your journey.

Stress exacerbates the symptoms of IBS. Thus, working on managing your stress can help you further reduce your digestive symptoms. Whether it’s through physical activity, yoga, meditation, breathing techniques, reading, music or anything else, it’s important to find a way to reduce your stress level that works well for you.

Monash University recently completed a study that compared the effects of the low FODMAP diet versus hypnotherapy. According to the results of this study, hypnotherapy focused specifically towards the digestive system would be as effective as the low FODMAP diet to improve the digestive symptoms related to IBS. If you choose to meet with a hypnotherapist to help you better control your symptoms, make sure to choose one that is specialized with the GI tract.

What if gluten was really responsible?

Many people experience digestive discomfort when they consume wheat (bread, pasta, etc.) and mistakenly believe that these discomforts are caused by gluten. The exception, celiac disease, which is an autoimmune disease related to the consumption of gluten, affects about 1% of the population. For people with celiac disease, a strict gluten-free diet is paramount.

In many cases, however, it is the fructans that cause gastrointestinal symptoms rather than gluten. While gluten is a protein found in wheat and other cereals such as rye, spelt and barley, fructans is a sugar that is found in these same cereals. Many people who have IBS do not tolerate fructans well. In about 80% of cases, the low FODMAP diet solves their problem.

However, in more rare cases, gluten really seems to be the cause of the symptoms. This is called Non-Celiac Gluten Sensitivity (NCGS). The existence of NCGS is controversial. There are not enough high quality studies that have been performed on this subject and the mechanisms causing the symptoms are poorly understood. The research raises the implication of several potential mechanisms such as an immune reaction (non-autoimmune), a disturbed intestinal flora and increased intestinal permeability. Current evidence suggests that a small proportion of people with IBS (approximately 8-14%) are sensitive to gluten, although there is no accurate way to diagnose NCGS.

It is also possible that proteins other than gluten, which are also found in wheat and other cereals containing gluten, could be the ones causing digestive symptoms. These are namely alpha-amylase and trypsin inhibitors. On the other hand, it is very difficult to differentiate the effects of gluten and these other proteins since they are all present in the same foods.

So what should you do?

If you’ve made sure you’ve tried the FODMAP approach and you’re confident that you really are sensitive to gluten or other wheat proteins, it’s a good idea to remove gluten from your diet for four weeks and then reintroduce it slowly to determine if you have a certain tolerance level to gluten.

In conclusion, eliminating a large amount of food from your diet can be very restrictive in the long term and cause physiological and psychological health problems. Therefore, it is better to further investigate the causes of your symptoms to avoid unnecessary restrictions.

*FODMAPs are fermentable carbohydrates that are partly responsible for causing symptoms in people with irritable bowel syndrome (IBS). For more info, read this article.

Kathryn completed degrees in kinesiology and nutrition, as well as a Masters in Sports Nutrition. She is a member of OPDQ and of the Academy of Nutrition and Dietetics. She ran track and cross-country at a national level. Kathryn specializes in sports nutrition, weight loss, diabetes, as well as heart and gastrointestinal health. Kathryn is experienced with the low FODMAP diet and she completed the Monash University low FODMAP dietitian's training.